If I had to condense advice for life/wellbeing/career into a soundbite, I’d go with “be curious”.

I’ve been comparing cycle routes on CycleStreets, Google Maps, and Strava. CycleStreets has a energy cost estimate of the journey, with a little ? link next to it.

They outline their estimate of calorie cost of a journey, including their formula.

This is a brilliant example of the mess of units we use. The formula was written for meters/second, I think of road speed in miles per hour, a lot of the world thinks of kilometres per hour. I think of human energy in kcal, the formula wants to use watts.

All my route finders give a total ascent/descent stat, but if I want my distances in miles they give it in feet, when I think of ascent in meters.

I have R-bloggers in my News Reader. A while ago the authors of the package announced units on R-bloggers.

I had my formula in science units, my head in a mess of units, but I remembered that I spotted units had been released.

Back to energy spent cycling

A first stab at making that formula as a function:

I simplified it a bit by saying v_a = v_g. And we’ve replicated their example.

If I do the sums, then apply units I can look at a speed-power curve: 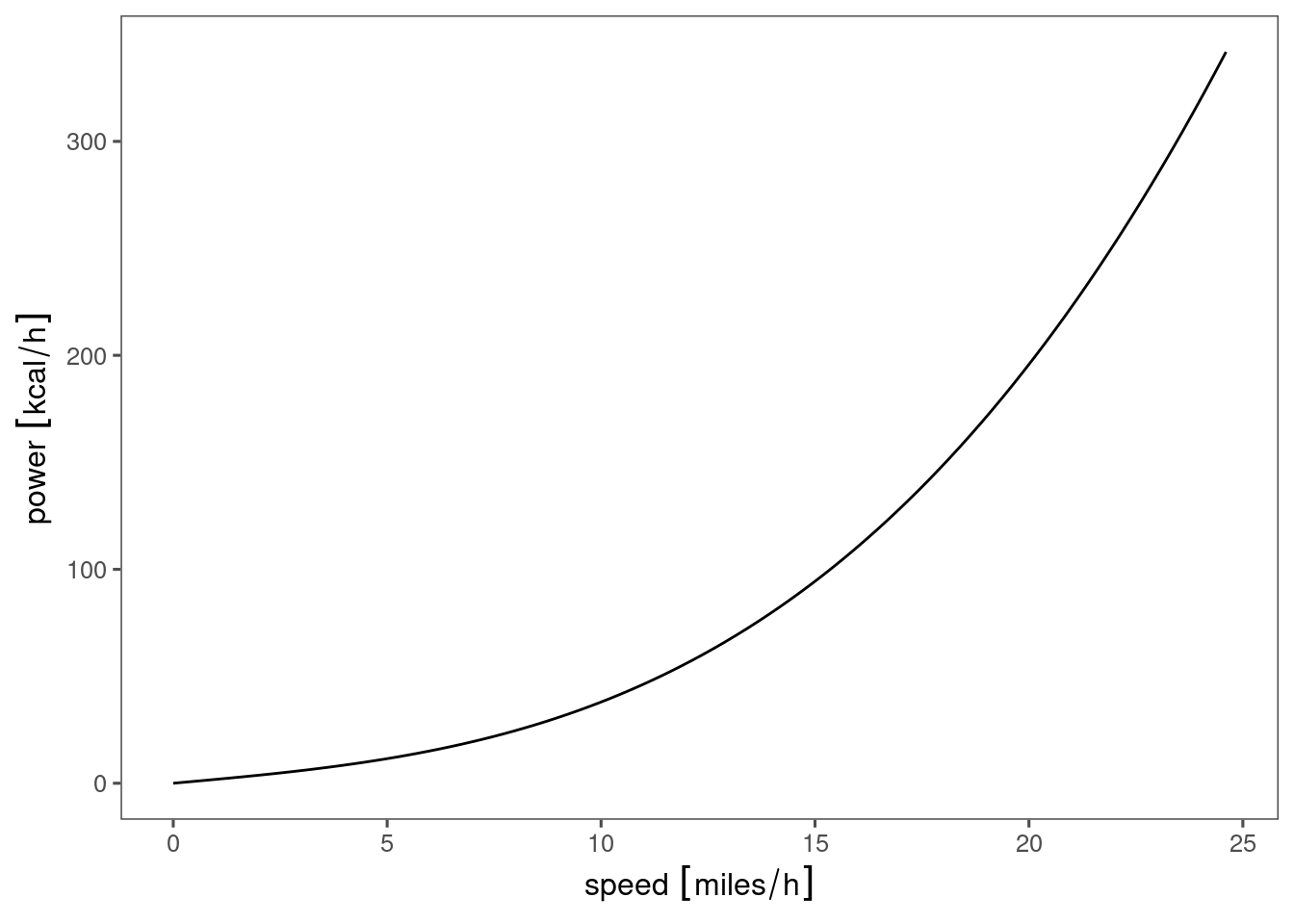 This is after I tried starting with speed in miles/h and converting to m/s. It didn’t like that because the units are incompatible.

This is great! Sensible errors are better than producing nonsensical output, so let’s rewrite the function including a statement that most of these parameters have dimension.

Then what I wanted for the above example is: 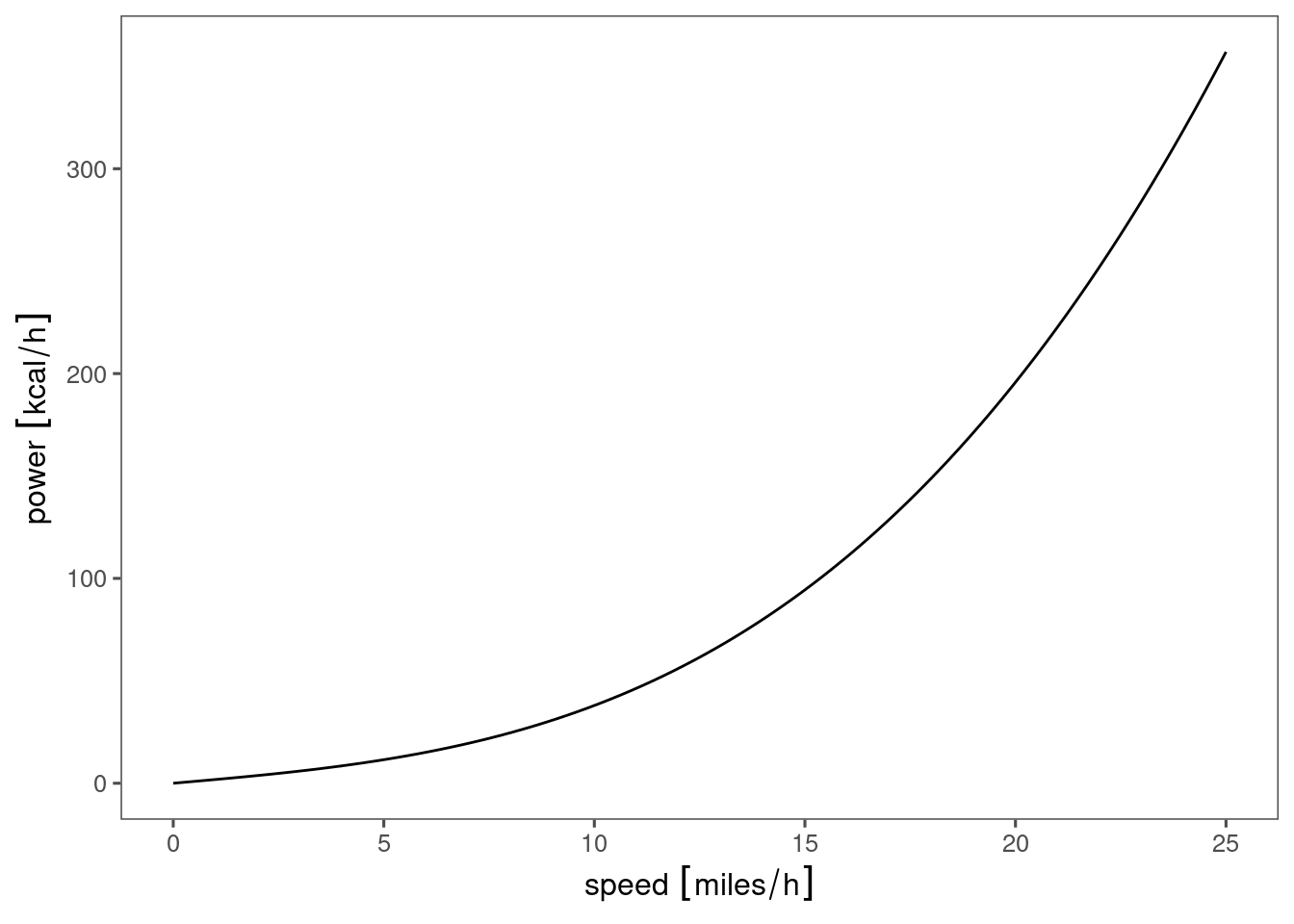 I read Sustainable Energy Without the Hot Air, which suggested in general that moving slower is more energy efficient for distance. 1

I scribbled on my notepad:

So the dimensional analysis helped me work out what sums I wanted to do. 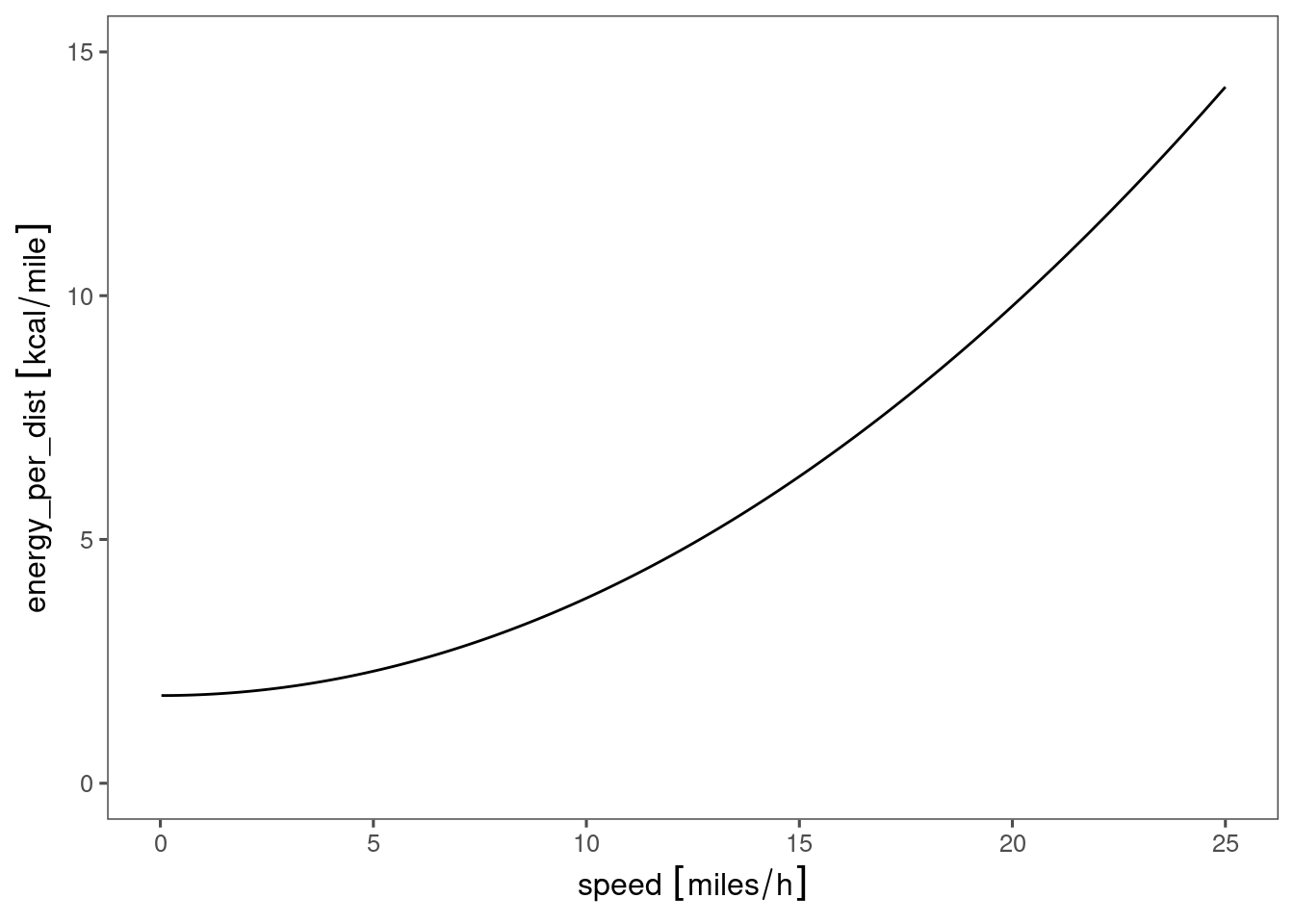 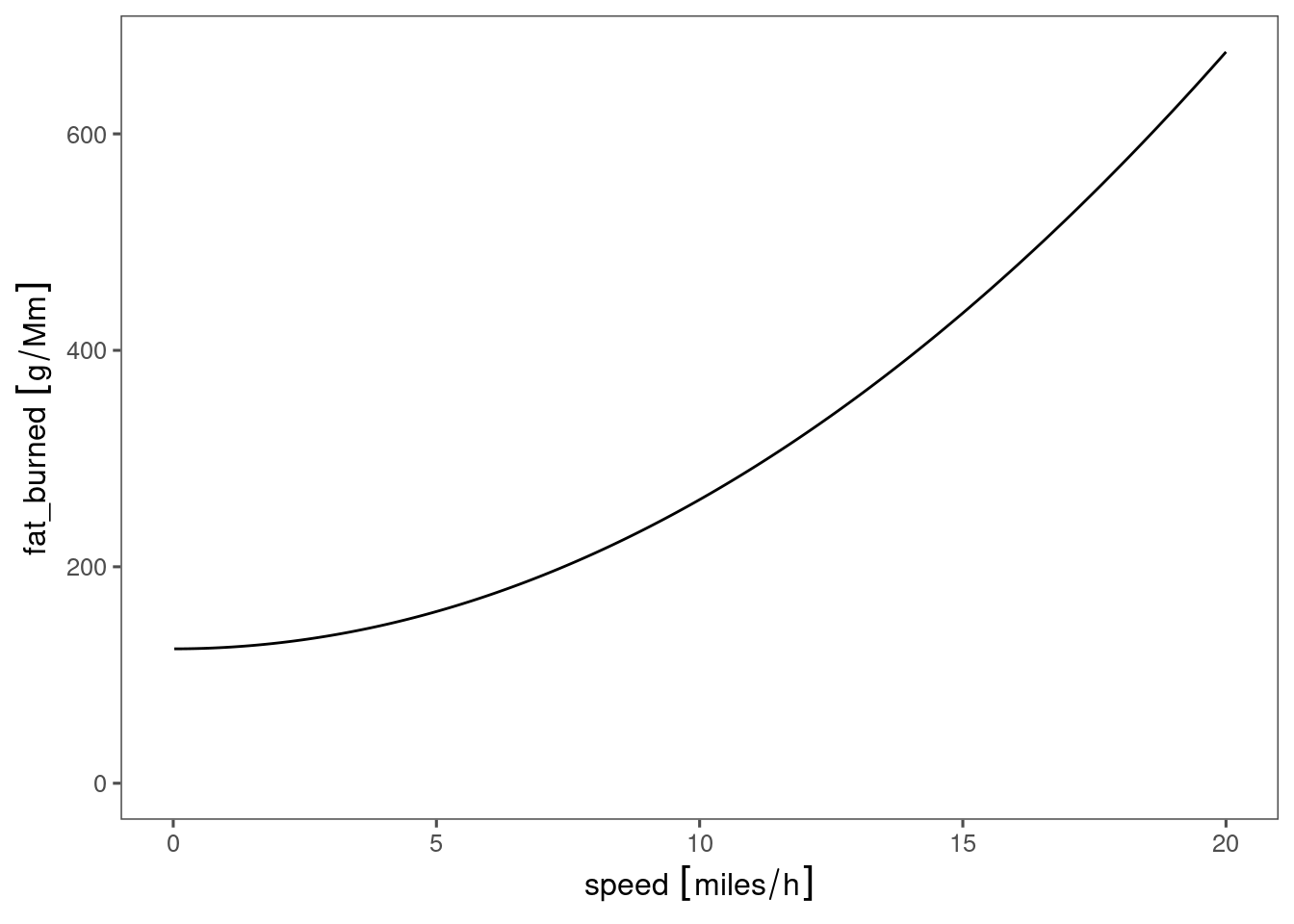 “Mm” being “mega-meters”, or 1000 km. Somewhere in the region of 40 office commutes = 1Mm, for me. I suppose this reinforces the truism that one does cardio to improve their cardiovascular health, not for the energy deficit!