How good are fitness watches (pt 2)

Samsung watch did OK at cycling, but cycling is pretty steady - get up to working heart rate and stay roughly there. I wondered how it does at barbell training, so I took it to Thursday’s deadlift session 1. Deadlifts are a few seconds of high effort followed by a few minutes catching your breath.

The Wahoo chest strap wasn’t overly pleased with this concept - it is marketed for runners/cyclists. I got these data out of it by saying I was running on a treadmill. This disabled the GPS, so when I ran the Wahoo data through GPS babel it discarded all the data because babel likes working with nice GPS traces. I ended up deep in the documentation and got a spreadsheet of the heart data. 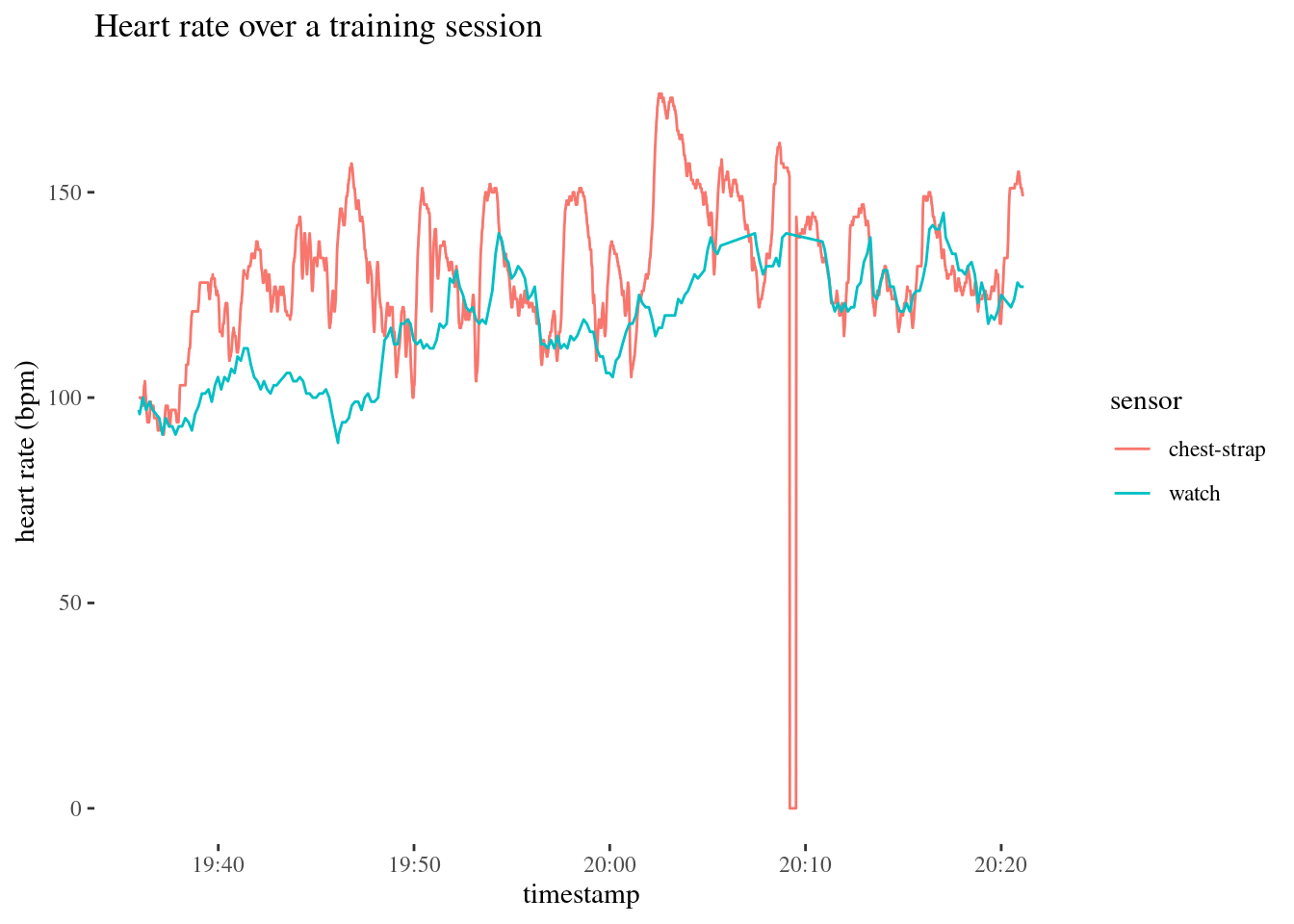 Looks like the watch was consistently below the chest-strap. Apart from about 20:10 when I went out of range of the phone to grab a drink and the sensor started logging 0s. 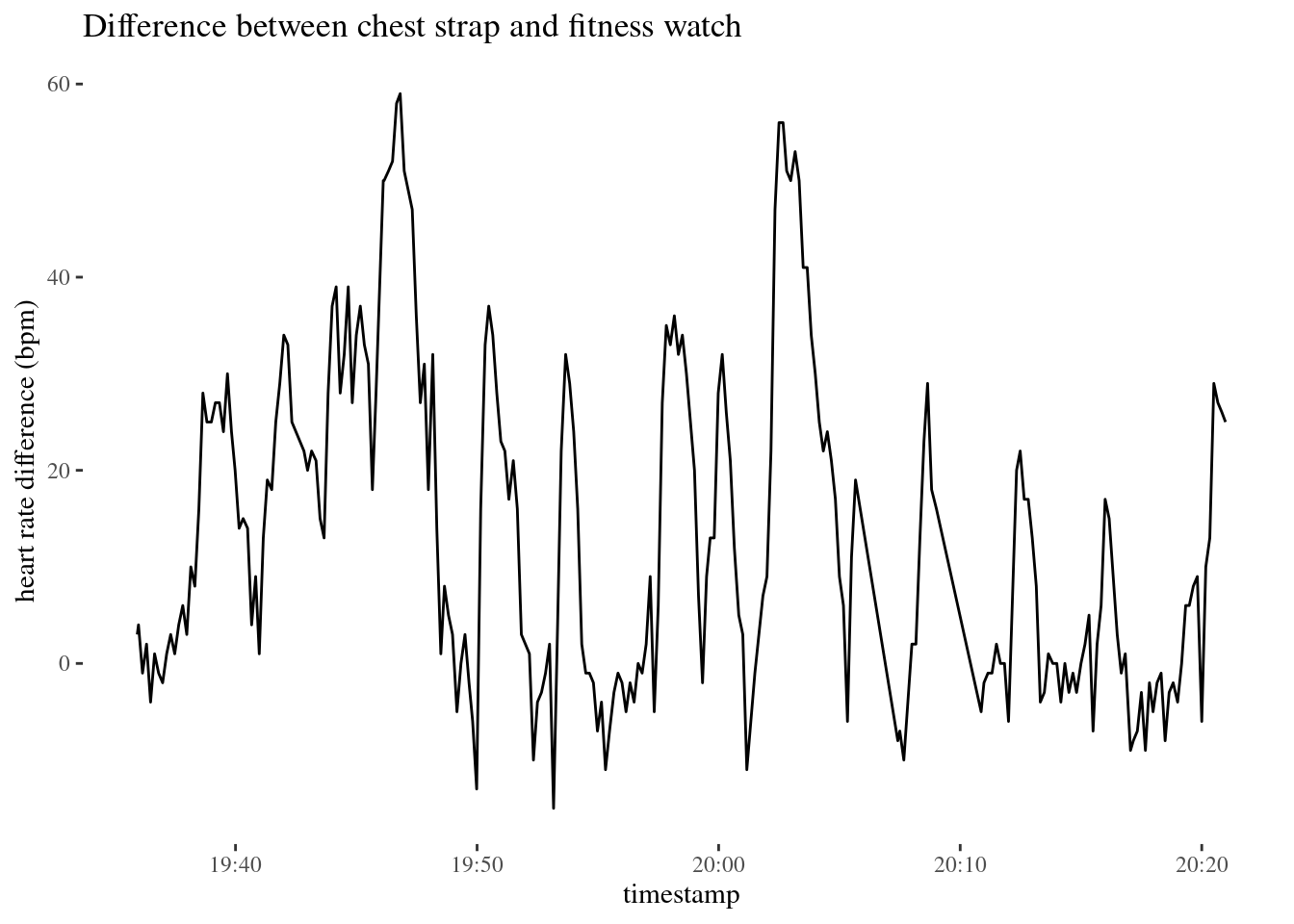 Last time they were within about 10 bpm of each other, but this is almost never that close.

Heart rate is a reasonable proxy for recovery between working sets. Immediately after a set of deadlifts our subject is too tired to do more deadlifts, and their heart rate shoots upwards, then starts to go back down. If it settled down to a lower level and stayed there then we might say they were resting too long.

There’s all sorts of strategies for “are you resting enough/too much between sets?”. For this test I rested as much as I thought I needed, and eyeing the graphs it looks like I was about right. 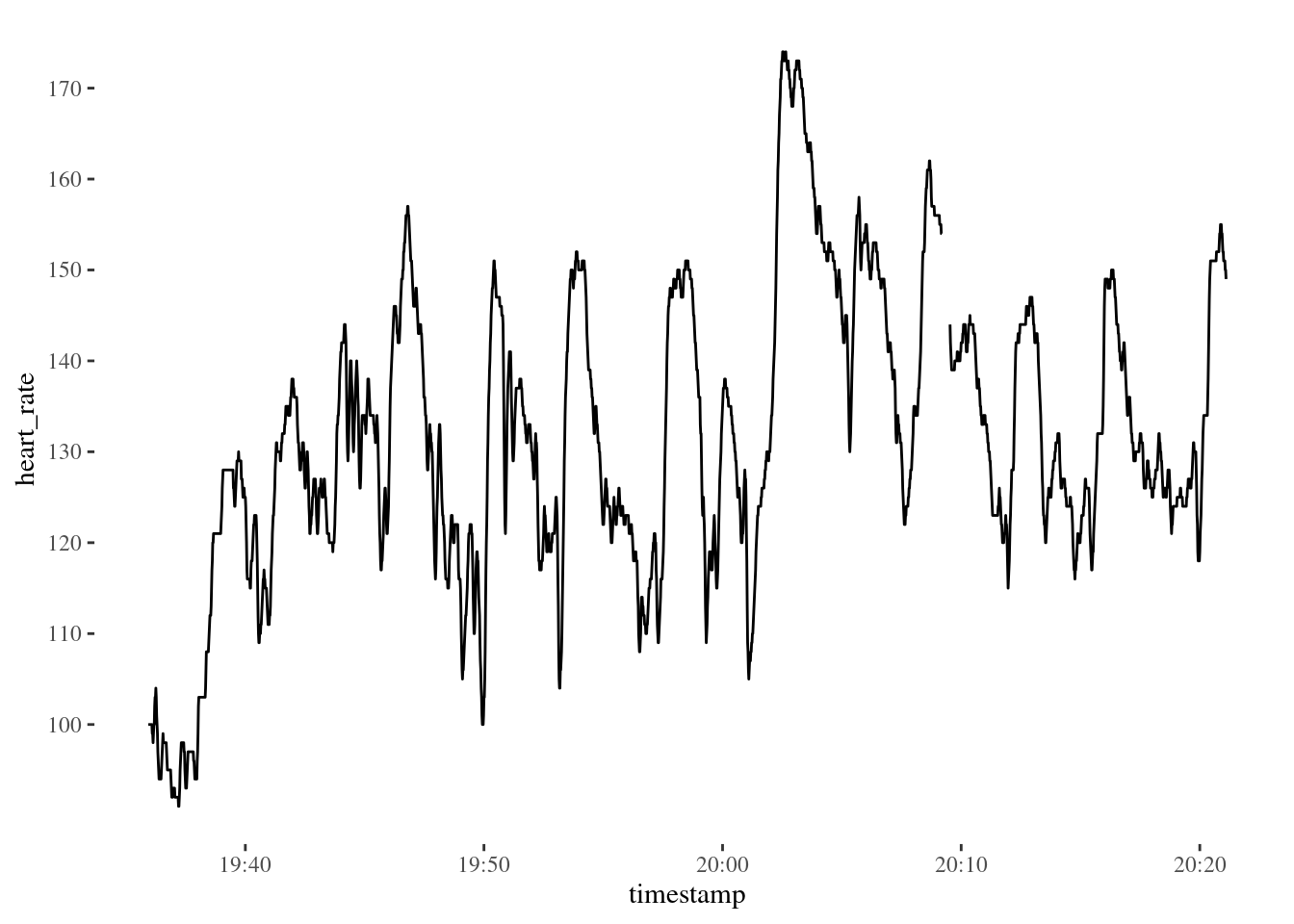 The main other option is some form of timer. I am outraged at how much some of these cost and I’m designing one for myself with an arduino. Watch this space.

As I’ve been falling down the rabbit-hole of evidence-based fitness2, I’ve discovered that people are generally OK at self-regulating recovery time. Given that the heart strap is awkward to deal with and the watch was garbage, I think I’ll play with my timer and occasionally check with the chest strap that the timer is set appropriately.

There’s also a possible complication - it was about 3 degrees C in the garage. This makes my skin redder than normal, which affects how easily the camera on the watch can detect a pulse as more red.